A history of excellence in the lab 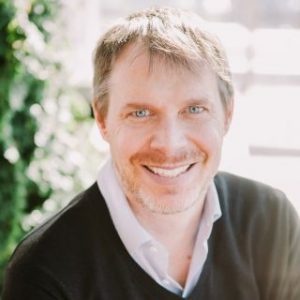 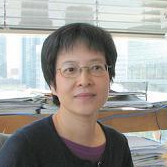 I completed my MSc training in Molecular Genetics at the University of Brussels, Belgium. I have been fortunate to work with an enthusiastic group of graduate students and researchers in this lab for over a decade. My responsibilities include overseeing the daily activities of the lab, organizing and controlling all aspects of the lab environment, ordering and keeping track of all equipment and supplies, and maintaining and stocking all hESC lines. I also provide training and technical support for new lab members.

Currently I’m involved in an endoderm differentiation project. My main focus is on optimizing differentiation conditions to generate large amounts of pancreatic progenitors.

My goal is to try my best to assist others in the lab. 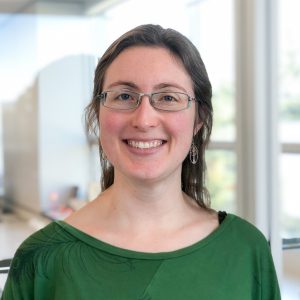 University of Victoria, Victoria, BC, Canada
Bachelor of Science, Biochemistry and Molecular Biolog

Carla activities outside the lab include choral singing, playing violin, swing dancing, kayaking, drinking coffee, and attempting to keep up with her highly energetic toddler (whether or not there is a correlation between these last two is left as an exercise for the reader). 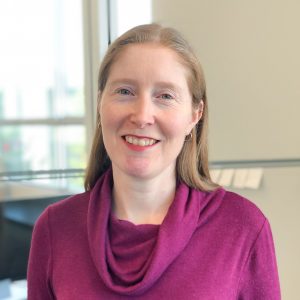 Cynthia was educated in Canada, obtaining her BSc at the University of Saskatchewan, MSc at the University of Toronto, and PhD at the University of British Columbia. She then moved to the United Kingdom for postdoctoral research at the Wellcome Trust Sanger Institute, MRC London Institute of Medical Science, University College London, and the University of Cambridge, focusing on stem cell epigenetics and physical biology. She pursued academic-industry translational research and development with Stemcell Technologies UK Ltd in collaboration with the Cambridge Stem Cell Institute as part of the European Union’s PluriMes research consortium. At the Zandstra Lab UBC location, Cynthia is supporting research operations including lab set-up, personnel recruitment, securing new funding, communications, laboratory management and oversight, and coaching junior research personnel. Her research focuses on how genetic and epigenetic regulatory networks, as well as microenvironmental, spatial, and biomechanical inputs influence blood development from pluripotent stem cell differentiation systems. In her spare time, Cynthia enjoys the great outdoors around Vancouver, particularly skiing and snowshoeing in winter, and hiking and kayaking in the summer, and playing ultimate frisbee. She’s also been a contemporary dance enthusiast for many years, and is the proud mom to two peachfaced lovebirds. 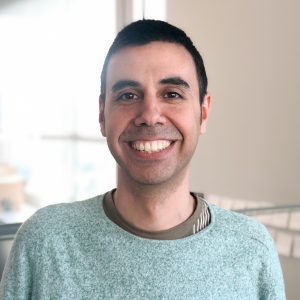 Daniel, as expected from a theoretical physicist, likes wearing ‘Green Lantern’ symbology, discussing depths of ’The Matrix’ and playing board games. Additionally, Daniel is a movie maniac and collector of vinyl records. He plays drums and guitar, and equally loves vegan food, sushi and jamón serrano (no incongruence at all).

Daniel leads the theoretical and computational side of the UBC based Z-lab. He’s actively involved in projects from different subfields in the lab, from differentiation patterns in organoid structures to differentiation trajectories in hematopoietic stem cells, where he is emphasizing in the control aspects of these lines. In this direction, Daniel is opening new research lines in the control of growth in functional organoids, and in the detection, quantification, analysis and control of emergent properties, with the latter research line being translationally applied through the different areas composing the Stem Cell Bioengineering lab. 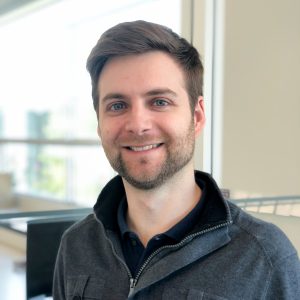 Andrew was trained in cell and molecular biology and business at the University of Waterloo (BSc.). He obtained his PhD under the supervision of Dr. Jeff Biernaskie at the University of Calgary, studying transcriptional networks of adult dermal stem cells during hair follicle regeneration. 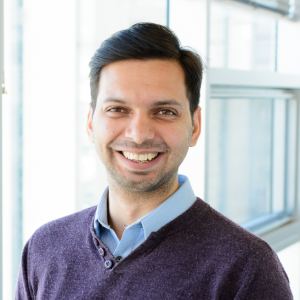 Himanshu completed his Doctorate research at the University of Oxford followed by Post-Doctoral training at the University of Leicester and the University of Sheﬃeld. In the Zandstra Lab, he is focusing on developing computational strategies (models and frameworks) that will be used to understand how biological events integrate across multiple spatiotemporal scales to during development and pathogenesis. He plans to validate this approach in vitro by predicting the formation of germ layers during PSC gastrulation in 3D gastruloids. 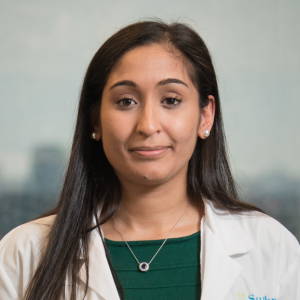 Jasty’s research interests lay in studying the intricacies of immune cell development, with hopes of engineering immune cells for immunotherapeutic potential in regenerative medicine. In the Zandstra lab, she is applying her background in immunology to understand how we can engineer systems for scalable production of progenitor T-cells from pluripotent stem cells. In her spare time, Jasty loves gardening, cooking and all-things-nature. 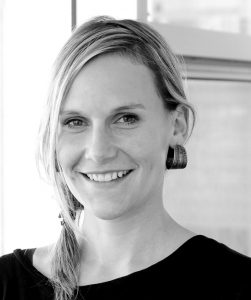 Laura is engineering multi-input-multi-output gene circuits in human stem cells. She is convinced this will save the world (note: this is either sarcasm or irony). 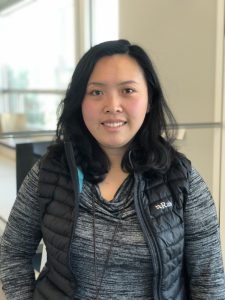 Nancy completed her PhD in Prof Thibault Mayor’s lab at the Biochemistry and Molecular Biology Department of UBC where she combined proteomic, genetic, and molecular biology approaches to study the relationship between ubiquitination, an essential post-translational modification on proteins in eukaryotes, and the homeostasis of misfolded proteins under stress conditions, which is crucial for prevention of protein aggregation and maintenance of cell fitness. As one of Nancy’s research interests is to advance in situ proteomic technology, she joined Dr. George Church’s lab at Harvard Medical School after graduation, where she was involved in developing an in situ sequencing technology enabling spontaneous detection of multiple protein, mRNA, miRNA targets in intact, fixed tissue samples. She also developed a synthetic biology platform for rapid generation of small affinity proteins for multiple targets during her time in the Church, so she is a huge fan for synthetic biology. Nancy joined the Zandstra lab at October 2018 and aims to bring this state of the art in situ sequencing technology to the lab and UBC. 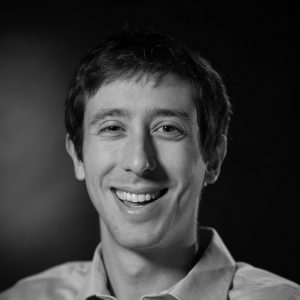 Yale completed his PhD in Prof Tudor Fulga’s lab at the Weatherall Institute of Molecular Medicine where he developed a technology for precisely tuning gene expression levels in mammalian cells. In the Zandstra lab, Yale aims to apply his experience in genome engineering, microRNAs and synthetic biology towards generating cellular therapies from pluripotent stem cells. Outside of the lab, Yale loves sharing his passion for science with others as well as playing and watching sports. 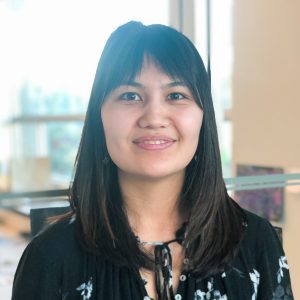 My research is focused on development of three-dimensional artificial thymic niche. Despite the great potential of T cells therapeutics in immunotherapy, there are no currently available platforms for scalable generation of the cells. To address this problem, I am designing an artificial thymic niche for efficient, robust and scalable T cells production and their transplantation into patients. Currently, I work on synthesis and testing of thymus mimicking injectable biomaterial containing key cell signaling molecules that support differentiation of hematopoietic stem cells (HSCs) into therapeutic T cells. I aspire that my research will expand our knowledge about T cells differentiation and result in engineering a system that overcomes the challenges of T cell therapeutics production.

Outside of the lab, I enjoy teaching Zumba classes, playing squash, traveling and spending time with my family and friends. 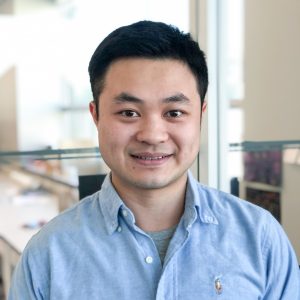 University of Toronto, Toronto, ON, Canada
Bachelors of Science, Immunology

Cellular engineering is a crucial area in developing personalized medicine. Synthetic biology takes advantage of advancements in DNA synthesis, molecular and computational biology to design and engineer customized synthetic signaling pathways that allows for “smart” forward programming of the cell based on their transcriptomic state.

Always down for a drink. If you want to get me drunk, one drink is all it takes. Interesting include archery, guitar, video games and distracting people from their work. 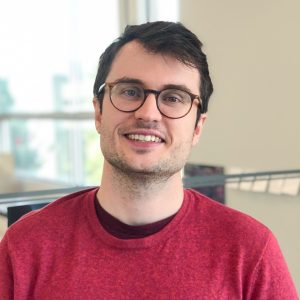 I use computational and experimental approaches to better understand how stem cell fate acquisition is impacted by the environment. Outside my academic work, I enjoy playing ice hockey, eating and making food, being in nature, and figuring out how I can maximize the time I spend inside vim. 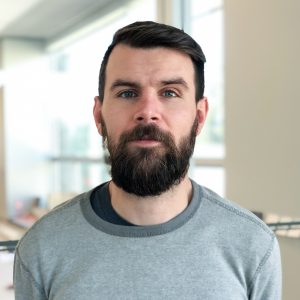 I enjoy cooking food, fermenting food, and eating food. In a former life I worked in fabrication and I enjoy designing and building things that are of practical use (that’s why I’m an engineer). My dream job is to travel the pacific northwest coast in a tug boat searching for logs that fall off barges (ie. The Beachcombers). 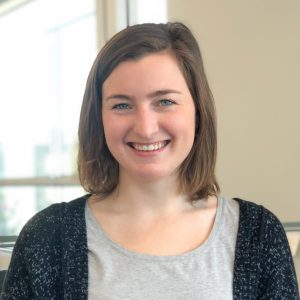 Marieke is getting her MSc in Cell Biology and Advanced Microscopy at the University of Amsterdam, Netherlands. Currently, she is working as a visiting student at the Stem Cell Bioengineering Lab in the School of Biomedical Engineering, UBC. 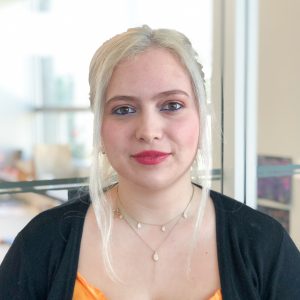 Marina completed her bachelor’s degree at McMaster University while concurrently focusing on medical device research in the Department of Engineering Physics and Degroote School of Medicine. In the Zandstra Lab, she will be developing mechanical platforms implemented chemically that will be used to provide a controllable cellular environment of human embryonic gastroloids. This will allow a robust and quantifiable 3D model to study the underlying mechanisms of symmetry breaking during gastrulation. 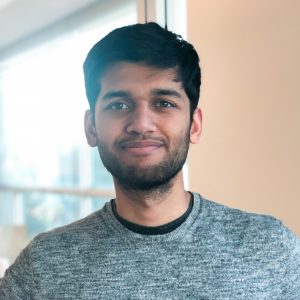 I am a recent graduate from the University of British Columbia in Chemical and Biological Engineering. I love cycling, reading, TV shows, and long walks on the beach. I am currently working in the Zandstra lab to construct an automation pipeline. 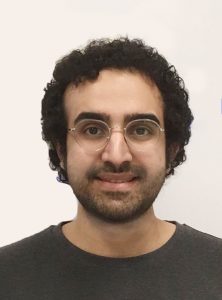 Tiam Heydari is a Ph.D. student in the school of biomedical engineering. Tiam obtained his undergraduate and masters degree from Sharif University of Technology (SUT) in theoretical physics where he worked on developing the Virtual Cell Model as his thesis. In Zandstra lab he is focusing on studying collective behavior and emergence in multicellular systems by employing tools from non-equilibrium statistical physics, systems biology, and bioinformatics.